Vicki here today sharing with you this
fun Exploding Box!

I've been wanting to make an
exploding box forever and finally
gave it a whirl and it was such fun. 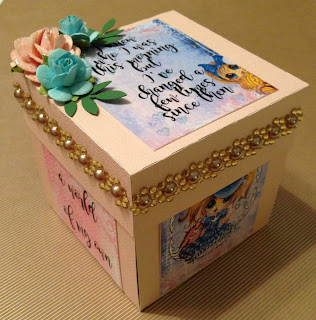 Side view of box 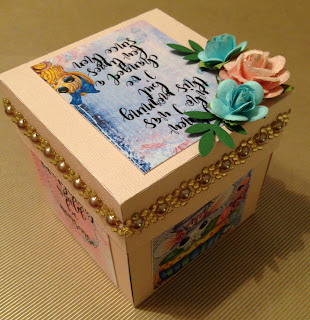 Opposite Side view of box 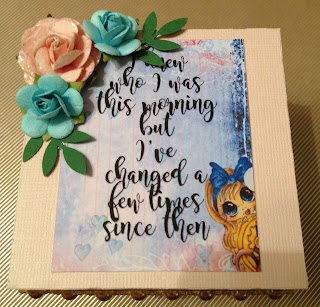 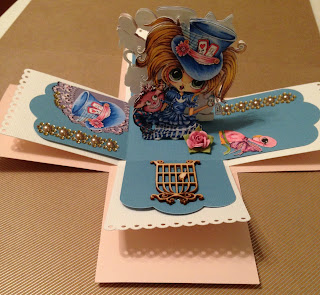 One view on the inside of box! 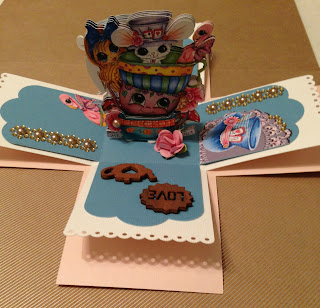 View of the opposite side of inside box.
For the template for my exploding box
I have used a SVG file from the
Silhouette America store.
I have used 3 different colors of
cardstock for the box.  I pink 12x12, one white
12x12 and one blue 12x12 sheet of cardstock.
Once the pieces for the box are cut you fold
each layer at the perforated lines.
I then glued each layer on top of the other to
give it this layered look.
The top of the box is cut from a 12x12 sheet of pink cardstock.
Once my box was assembled I began to
decorate the outside and the inside
flaps with embellishments from my stash.
I then used two different
My Besties printable sheets which I
traced and then cut on my Silhouette machine.
Once I had all the pieces cut I used
3D foam dots to stack different pieces
of the printable to give it a 3D effect.
I then used 3D dots on the bottom of each
printable to stick them to the inside bottom
of the box so they would standup.
Once you have decorated your box you then
fold it up and put the top on the box.
When you take the top off the box the
sides will fall as if the box were
to explode and reveal what is on the inside.
I have used the pocket letter below to cover the
sides on the outside of the box and the top. 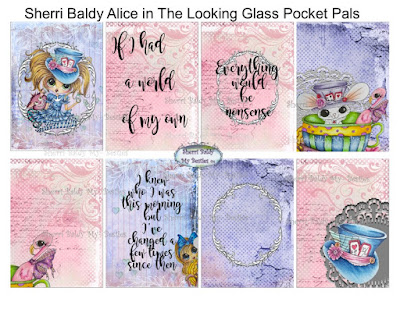 Below are the two printables that I
have used on the inside center of the box.
Alice in Wonderland Nonsense with Alice 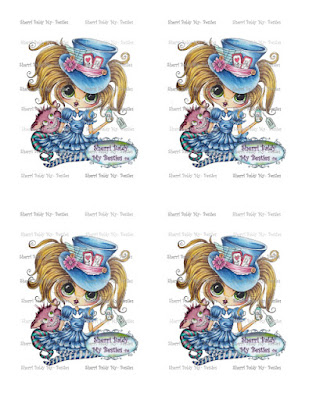 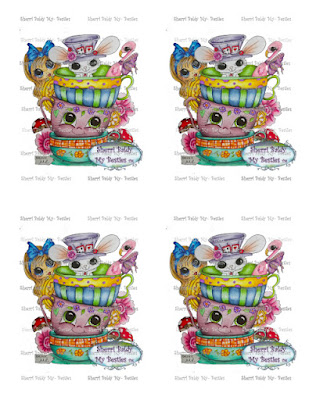 June color printable HC5
I hope I have sparked you creativity
and you have enjoyed my Exploding Box!
Happy Crafting!!!!!
Thanks for stopping by!
Hugs,
Vicki, DT
Posted by Vicki at 12:00 AM

Email ThisBlogThis!Share to TwitterShare to FacebookShare to Pinterest
Labels: Alice and the Looking Glass, My Besties, My Besties by Sherri Baldy, My Besties Design, My Besties Printable, Silhouette

Please Feel Free To Take Our Blinkie... Come Stamp With Us! 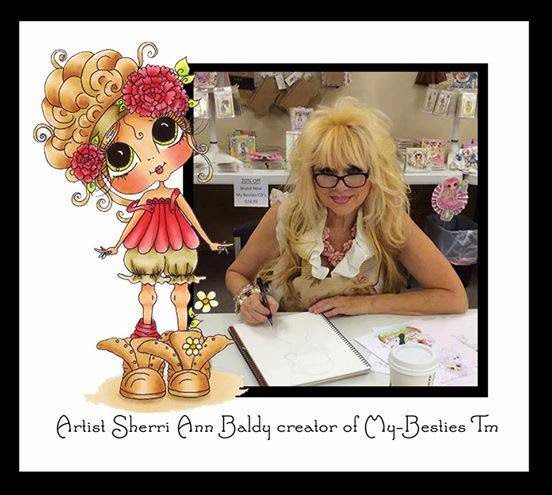 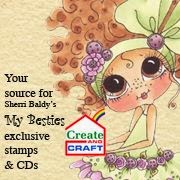 Come Stamp With Us!